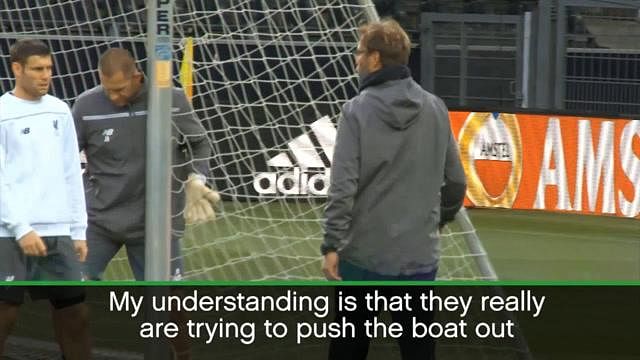 “Sign a contract, if you feel that strongly about people criticizing the team, because you’re somebody who is integral to Arsenal’s success,” Wright declared. END_OF_DOCUMENT_TOKEN_TO_BE_REPLACED

Former England international Gary Lineker believes that Arsenal needs major signings if they want to compete for the title in the future.

He believes that Arsene Wenger is wrong when he says that the club needs only two players to compete with the biggest team in England.

For Lineker, the current team is not good enough and that there need to be some big changes in the team if they are ever going to win the Premier League again. He said that it is one thing to beat Chelsea in the FA Cup final and to go and win the league over a stretch of 38 games. END_OF_DOCUMENT_TOKEN_TO_BE_REPLACED

He said that the Arsenal players needed to be focused and wary of the threats posed by quick players such as Martial. Wenger has praised his defenders for their great performance in keeping a clean sheet against a dangerous side such as Manchester United. END_OF_DOCUMENT_TOKEN_TO_BE_REPLACED 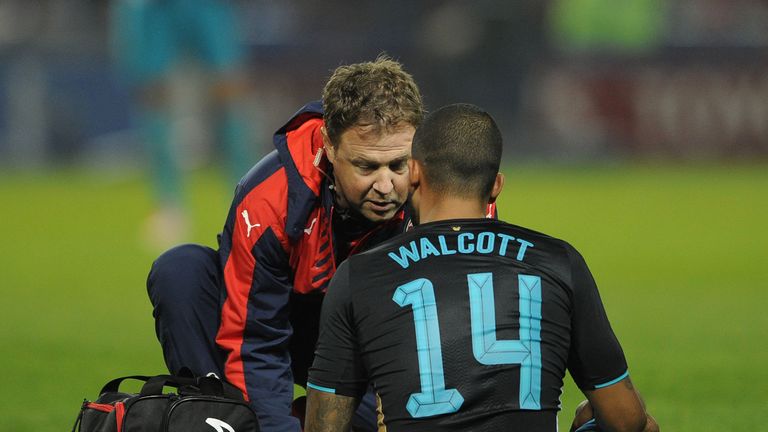 In-form Chilean Alexis Sanchez is set to lead the onslaught against the familiar foes while David Ospina would start ahead of Petr Cech at the Allianz Arena. Wenger confirmed the list this week. END_OF_DOCUMENT_TOKEN_TO_BE_REPLACED They are reported to be demanding a £250,000 per-week as against Arsenal’s £180,000, a fair enough upgrade from the current £130,000. Wenger’s eagerness to see that Sanchez and Mesut Ozil remain with the club has also boosted the Copa America winner’s hope of landing his heart desire’s bumper deal. If rumours are anything to go by, the German’s commitment looks to have been secured leaving that of Sanchez still lying in question marks. END_OF_DOCUMENT_TOKEN_TO_BE_REPLACED

Perez was turned down by his new employers few weeks back, after scouting him for a while. They had the chance to sign him in July but withdrew interest, especially as they hoped other deals in the pipeline would come through. Fans are putting Arsenal coach Arsene Wenger on the spot for not signing more players, particularly in the face of an injury crisis with players not set to return to full match fitness anytime soon. The pressure forced Wenger to go back to the deal to sign the 27-year old player. END_OF_DOCUMENT_TOKEN_TO_BE_REPLACED For instance, we have been reading about Wenger wanting to make a bid for Vardy for his team. However the picture might not be so rosy for the players who are being pitched for. As players also have their separate ambitions for their future, if it is not in sync with what is being offered, it is a wiser decision to stay off the new buyout. Vardy stated that his decision to not take up Arsenal’s offer was because he felt that Leicester offered him more as a team than what his new team would offer. He was not confident of the style of playing that Arsenal offers. Again, he wants to be part of the Leicester team as they work their defense for the Premier League in the new season. With Arsenal he might be guaranteed the same position in the upcoming games.
END_OF_DOCUMENT_TOKEN_TO_BE_REPLACED

Embattled Arsenal head coach, Arsene Wenger, has made comments regarding his team’s selection ahead of their final Premier League game against already relegated Aston Villa on Sunday.

He said other players should be fine as they make their last push for the season even though they have qualified for the UEFA Champions League for next season.

On Welbeck, the Frenchman said:

“We are all devastated and very sad. When I say I’m very sad, the whole team is thinking like that.

“It is surprising news. I expected him to at worse miss the Euros, and that is already bad. To be out for such a long time, he had just come back after a year out. You imagine being a 25-year-old professional and you get news like that… “

“We will have to support to him to cope with it,” the coach added.

When asked on the impact of Welbeck’s injury to England’s Euro campaign, he said:

“He was in the qualifiers as a player.

“He had a good understanding with the rest of the squad and he was versatile because he could play on the flank, through the middle and I believe it is a big loss for England as well.” END_OF_DOCUMENT_TOKEN_TO_BE_REPLACED Cazorla has been on the sidelines due to an Achilles tendon injury while Jack Wilsere suffered from a calf and shin injury that has left him out of Arsenal season-long. END_OF_DOCUMENT_TOKEN_TO_BE_REPLACED

Jack Rodwell played for Sunderland’s League Cup match against Exeter City and the 24 year old English midfielder scored twice and provided 2 assists as he was one of the standout players and helped Sunderland in clinching a convincing 6-3 triumph.

The player who cost Sunderland €10 million back in August of 2014 is hoping that he will continue to score goals, help out his team and perform like he did against Exeter City for the rest of the season.

Sunderland’s Jack Rodwell said: “I haven’t scored as many goals as I would have wanted to for Sunderland, that’s fair. I feel like there have been times when I’ve got into the right position, but for some reason the ball hasn’t quite fallen for me like it did on Tuesday night’’

“I could probably have had a couple more against Exeter, so hopefully that’s a sign of things to come. I’ll keep working hard and trying to get more goals every season. I played well against Swansea City, and felt a bit leggy against Exeter’’

Scoring more goals is what Jack Rodwell wants to do and it’s what he is hoping to accomplish. Sunderland is currently positioned at the bottom of the Premier League as they have only managed to collect 2 points from the opening 4 matches of the season. END_OF_DOCUMENT_TOKEN_TO_BE_REPLACED